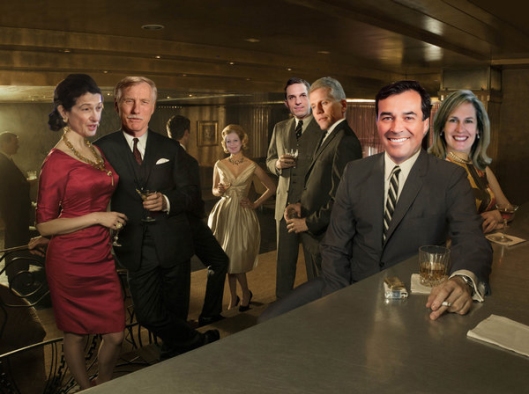 It’s gonna be a long race, we may need some sustenance to get through this. So next debate, forum or hand shake opportunity, grab a stiff drink (coffee or coffee brandy, it doesn’t matter) and sip along. We are all in this together.

This is all in good fun, and we encourage everyone to add to the list and hope the candidates will drink along. (We really do respect and love all the candidates. Well, except for you Bruce. We’ve got our eyes on you! Seriously…just release your campaign finance report!) And please, drink responsibly. It is never OK to drink and drive or to vote under the influence.

TO PREPARE:
Go online and watch a video or listen to audio of one of the events that has taken place so far. By all means, we encourage you to go to an event! But it would be rude to stage a drinking game at the rear of any public affair. Having said that, if you do manage to pull it off in public, please try and film it and share the results. (To be honest, we’re probably there with you. Just ask us to stop filming the candidates and to turn around….)

Assemble a group of friends for the occasion with your favorite beverages of choice (again, lemonade works fine—it’s the spirit of camaraderie that matters here not the spirits themselves!) If you cannot all be together, we suggest texting, tweeting, conference calls or skype to connect. Every year we play the State of the Union drinking game with friends across the country, and it is remarkably satisfying (an unlimited texting plan may be needed, trust me).

If you want to play live, follow our tweets of events at: @growingupjulia or @kippyrudy

Optional item: Bring your personal copy of the US Constitution, which most of the Senate candidates claim to carry on them at all times!  We suggest getting a laminated waterproof copy to survive the duration of the campaign season.

Bill Schneider and Matt Dunlap kicking back after a long debate

TO PLAY:
We begin by toasting our dear Senator Olympia; all together now, “Thank you for serving so long and boy, are we going to miss you!”

Make sure everyone has copies of the Cues list below and take a drink every time one of the cues occurs.

TO WIN:
If you reach the end of the event, and have still not curled up in a fetal position, and you actually know for whom you will cast your vote, you win!

If you reach the end and are convinced to run as an Independent for US Senate or to launch a write-in campaign, you automatically LOSE.

Then make sure you go vote in the Primary on June 12. [click here for polling locations]

CUES, TAKE ONE DRINK WHEN:

WATERFALL!! (JUST DOWN THE WHOLE DRINK) IF: 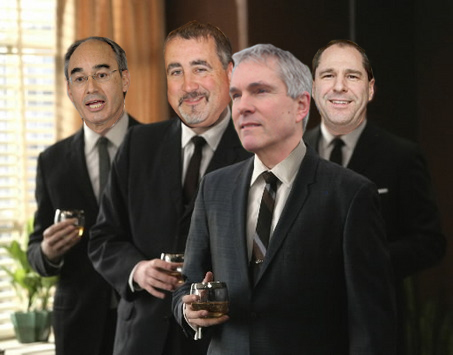